Bitcoin mining difficulty increased by 9% at once

As a result of another recalculation, the complexity of mining the first cryptocurrency increased by 9.26%, to 30.97 T. In the approximately two-week period between the last adjustments, the average hash rate of the network was 221 EH/s. According to Glassnode, as of August 30, the network's processing power (smoothed out by the seven-day moving average) reached 222.3 EH/s. The figure is gradually returning to near its peak of June 11 (231 EH/s). 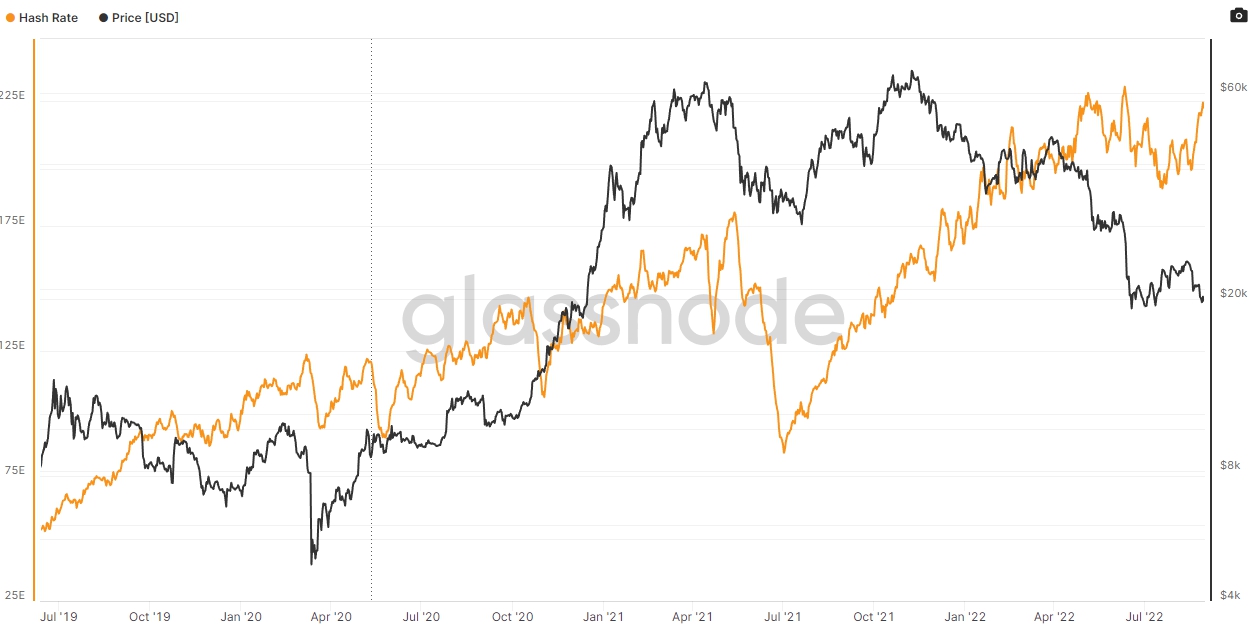 The daily income of miners since mid-June fluctuates around the level of $20 million. The total for the first month of summer was $668 million - 26% less than in May. In July, income fell by another 9%, to $609.7 million.

In June, large public miners sold a total of about 14,600 BTC, representing 23% of their total reserves in the first cryptocurrency. In July, the trend continued as companies liquidated 5,767.9 BTC for a total of 3,478 BTC.